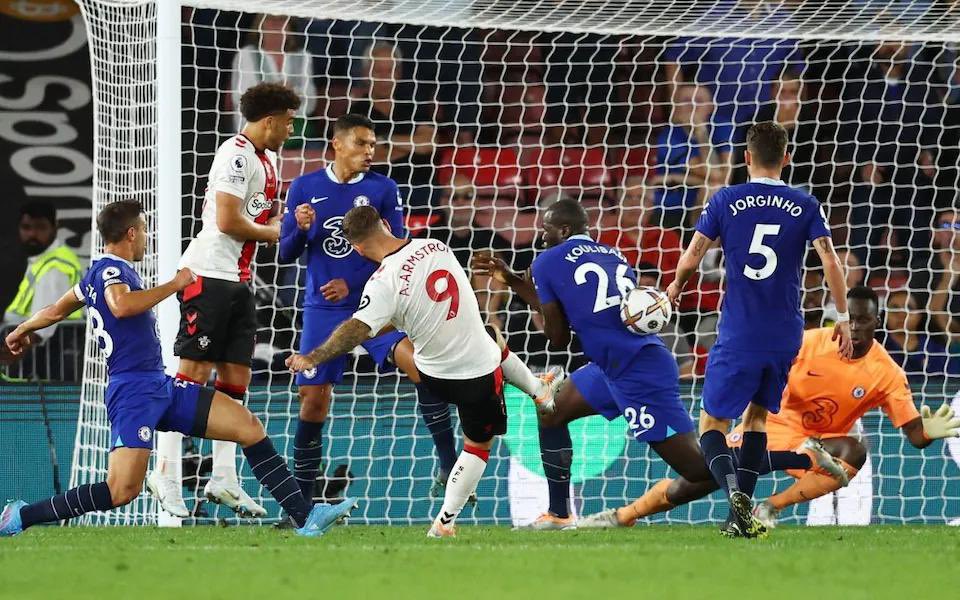 Southampton have recorded their first home win in the Premier League after they came from behind to beat Chelsea 2-1 at home. The Saints had failed to win their first two home games before the Chelsea game.

The Ralph Hassenhuttl-led team went behind to the close-range strike from Raheem Sterling. New Chelsea signing Sterling has been in good form over the course of the last two games with three goals. He scored twice in the second half as ten-man Chelsea beat Leicester City 2-1 at home. It was his first goals for Chelsea since the transfer from Premier League holders Manchester City in a deal worth £47.5m plus add-ons this summer.Sterling made it three goals in two Premier League games with the opening goal from the game against the Saints. In the end, his goal turned out to be mere consolation after the Saints scored twice to win the game.

Within five minutes of the opening goal from England international Sterling, Southampton levelled proceedings through young midfielder Romeo Lavia who produced a stunning long-range strike. The comeback was complete for Southampton at the end of the first half thanks to the strike from Adam Armstrong. The Englishman ended his goal drought to put the Saints ahead for the first time in the game. His goal gave Southampton a slim 2-1 lead at the half-time interval. Chelsea had the opportunity to get back into thegame or even win the game in the second half, but they were largely disjointed in attack as the Saints held on with relative ease to record their first league win at home this season.

Southampton began the league campaign at home with the 2-2 draw at home to Leeds United. They had to come from a two-goal deficit to earn a point from the game. The second home game in the league this season ended in a 1-0 defeat to Manchester United courtesy the second half strike from Portuguese playmaker Bruno Fernandes. Their third home league game resulted in the win over Chelsea.