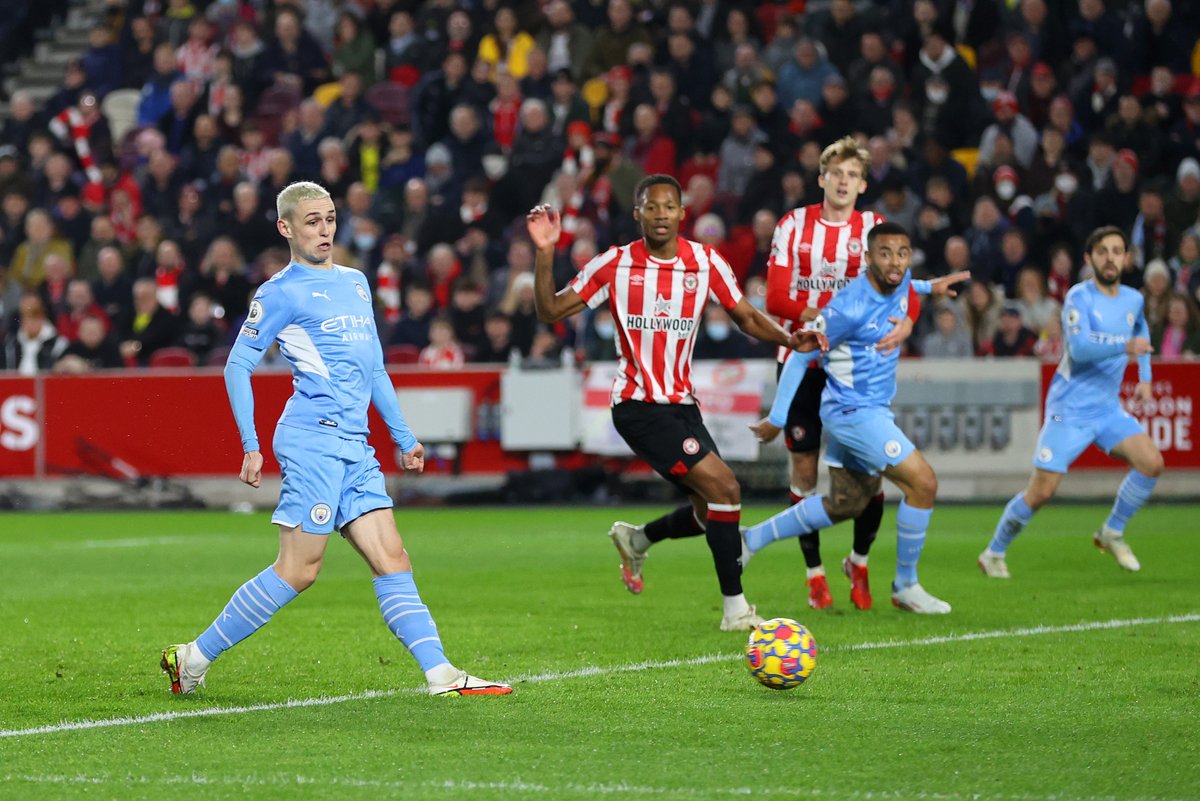 Premier League holders Manchester City have extended their lead at the summit to eight points after the slender victory over hosts and newly promoted side Brentford in their latest league game. The Citizens were able to capitalise on the dropped points from title rivals Liverpool and Chelsea to increase their lead at the top of the Premier League log.

Manchester City started the latest round of Premier League games with six points more than Liverpool in second place with a game in hand for the team from Merseyside and six points more than West London giants Chelsea. After Manchester City thumped Leicester City 6-3 on Boxing Day as far as the last round of Premier League games is concerned, a lot of football fans expected the same treatment to be meted out to the Foxes at the hands of Liverpool. In the end, Leicester City dug deep and showed a rare defensive solidity to record a 1-0 win over Liverpool thanks to the second half strike from substitute Ademola Lookman. The RB Leipzig loanee scored the only goal of the game a little over two minutes after his entrance into the game in the place of Super Eagles of Nigeria star Kelechi Iheanacho.

With the loss at the hands of Leicester City, Liverpool are now nine points adrift of Manchester City with a game in hand.

For Chelsea, the reigning European champions could only play out a 1-1 draw with Brighton and Hove Albion at home. Their disappointing home form in the league continues after England international Danny Welbeck came off the Brighton bench to score a late equaliser and earn the Seagulls a well deserved share of the spoils. Chelsea are now eight points off Manchester City at the Premier League summit, while they have one more point than Liverpool who have a game in hand on them.