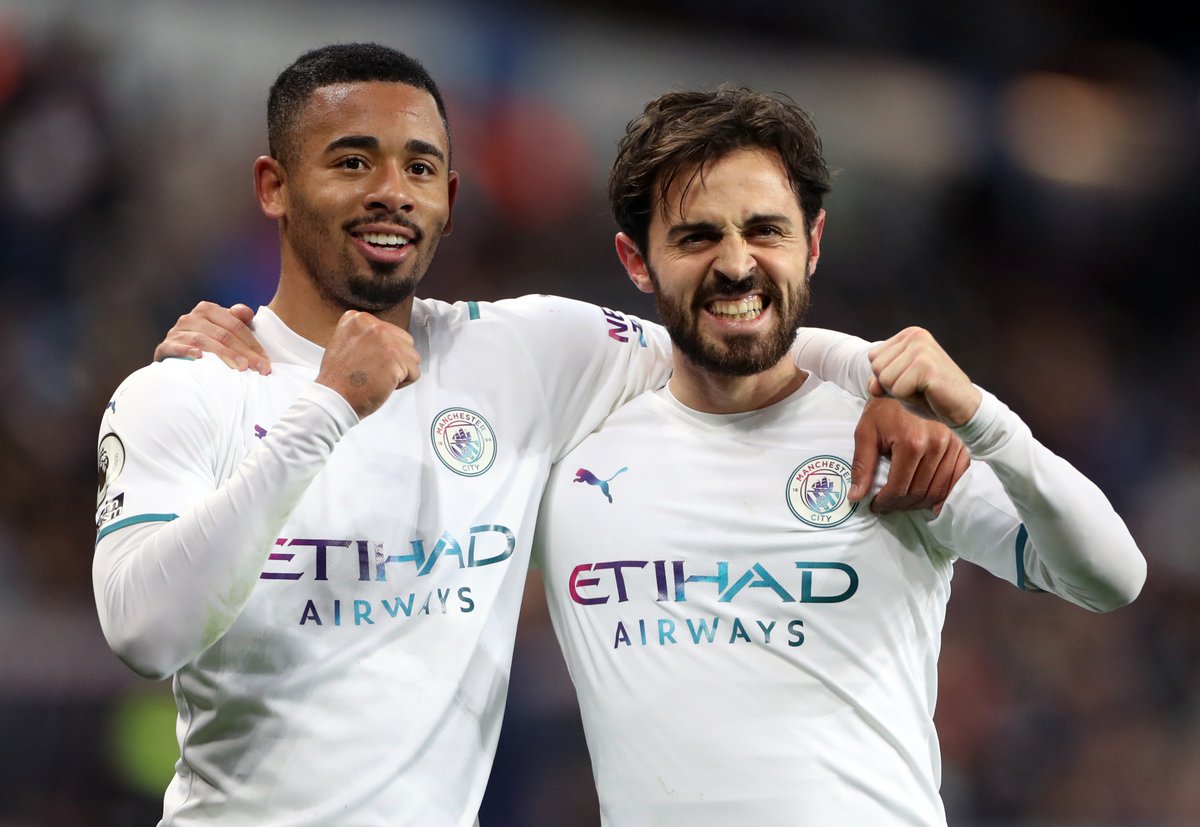 Premier League defending champions Manchester City have now won six games in a row after they held on to beat hosts Aston Villa when the two clubs met in an entertaining encounter at Villa Park on Wednesday night. Manchester City had to defend stoutly for the better part of the second half to preserve their 2-1 lead and seal three precious points in the hunt for another league title.

Manchester City manager Pep Guardiola has won three Premier League titles in his four full seasons in charge of the team and he’s eyeing a fourth league title in five seasons. He had his goalkeeper to thank for the maximum points against a rejuvenated Villa team under Steven Gerrard after Brazilian shot stopper EdersonMoraes denied Villa substitute Carny Chukwuemeka from close range in the 74th minute. The save from Ederson ensured that Manchester City took all three points at Villa Park.

The holders had earlier raced into a two-goal advantage at the end of the first half thanks to the first goal of the season from star defender Ruben Dias and a contender for the best goal this season from the in-form Bernardo Silva. Two Portuguese players were on target for the Citizens in the first half.

Villa made a game of it in the second half when leading goalscorer Ollie Watkins pulled one back via the corner kick from former City midfielder, Douglas Luiz two minutes into the half. In the end, Villa were unable to rescue a point as they had too much to do after conceding twice in the first 45 minutes.

With the 2-1 win, Manchester City have now won their last six games in all competitions including the last four Premier League outings on the back of the disappointing 2-0 home loss to South Londoners Crystal Palace.