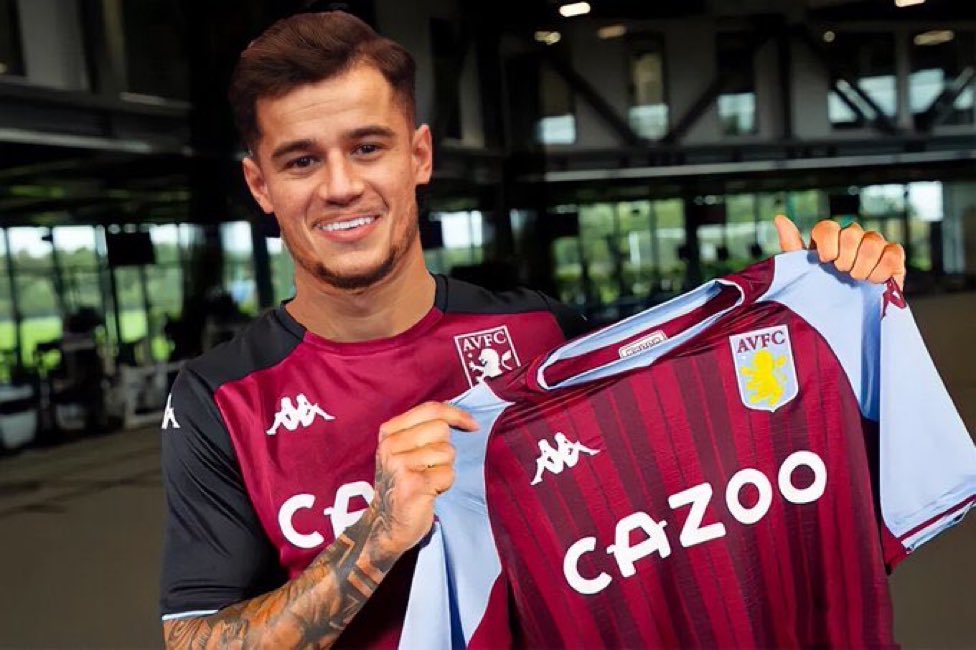 New Aston Villa signings Philippe Coutinho and Lucas Digne are in contention to play for the club ahead of their Premier League clash with Manchester United. Villa host the Red Devils in a league encounter billed for Villa Park this weekend and the two Villa signings could feature during the game. This is according to Villa manager Steven Gerrard who made this known in his pre-match presser on Friday ahead of the game.

On Coutinho, the Villa boss said that the Brazil national team player is not match fit as he was restricted to individual training at Barcelona in addition to his COVID-19 situation while he was in Spain. Coutinho has signed for Villa on loanuntil the end of the end of the season. Villa will pay his salary throughout his stay at the club until the summer. The influence of Villa boss Gerrard was very important in his decision to sign for the club. Gerrard and Coutinho were teammates at Liverpool for several years before the Villa manager left the club for the MLS (Major League Soccer).

Coutinho is expected to make his Aston Villa debut against the Red Devils alongside fellow new signing Lucas Digne.

Frenchman Digne fell out with Everton manager Rafael Benitez at the end of last year and it was not a surprise that he has left the club to join Aston Villa in a deal  reported to be around £25m. The deal also saw Dutch player Anwar El-Ghazi join the Merseyside club on loan from Villa until the end of the season.

While Coutinho and Digne are expected to be in the Villa squad for the United game, Scotland international John McGinn won’t be in the squad due to suspension. His international teammate Scott McTominay will also miss the game for Manchester United alongside club teammate Luke Shaw due to the same reason.